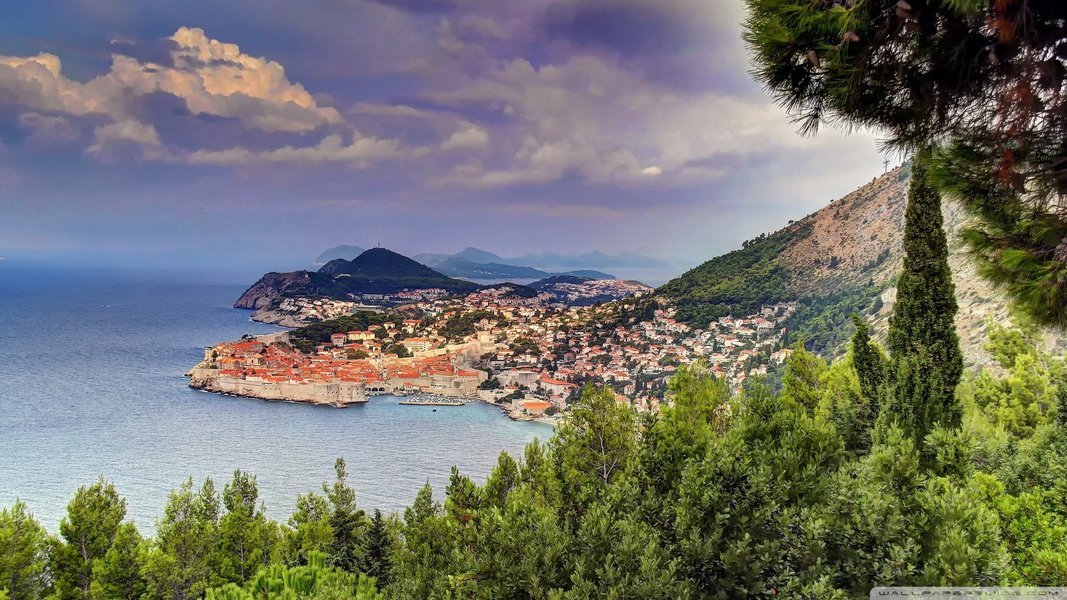 The story of Split is already 17 centuries old, dating to the time the Roman Emperor Diocletian decided to build his Palace right on the peninsula near the great Roman city Salona, where he wanted to spend the last years of his life. During these 1700 years the Palace slowly turned into a city, which to this day lures with its rich tradition, glorious history and beauty of its natural and cultural heritage. Diocletian Palace and the entire historical core of Split have been on the World Heritage UNESCO list ever since 1979, and not only for the extraordinary preservation of the Palace, but also because the Palace and its city continue to live a full life.

5 Nights 6 Days Available on request Croatia
Inclusions/Exclusions
What we'll give. What we won't

The central part of Advent in Split is great Christmas and New Year Fair at Riva promenade. During this time it is a home for nearly 40 picturesque small Advent houses, where you can find some original Christmas decorations, souvenirs and suitable gifts. Refresh yourself with local culinary delicacies and a glass of mulled wine.

Overnight at the hotel in Split area.

Krka National Park and Sibenik excursion (duration up to 7hrs)

Surrounded by steep-sided canyons, along which runs the wide and plain rocky area, Krka surprises and enchants visitors with the force and blue colour of its waters, the noise of its cascades, the freshness of its scent, the numerous perennial - though not always visible springs, its rude existence and legends. In a wonderful natural setting, water forms beautiful waterfalls which cascade over 17 natural barriers and precipitate 45 meters. Skradinski Buk is the largest of the Krka’s systems of cascades and the richest in water. Two medieval fortresses stand guard over the river on the northern border of the park: Trošenj and Nečven. The end of the second gorge is the beginning of Roški Slap, a string of shallow steps like a glittering silver necklace.

Relax in the winter atmosphere of one of the most beautiful and best preserved national parks in the country, Plitvice National Park. The entire lakes and surrounding area were declared a national park in 1949 and are listed on the UNESCO`s list of World Heritage Sites. It is a valley situated between high forested mountains in which lie, one below another, a string of sixteen beautiful lakes of crystal blue and green waters. Fed by small streams and brooks, they spill into each other in 92 foaming cascades and thundering waterfalls. The lakes themselves cover about 2 square kilometers and the entire National park covers 200 square kilometers

Get to know this part of Croatia in the best possible way – through the pleasure of good food.
Indulge yourself with traditional local specialties, accompanied by some best Croatian wines from this area.

Gastronomic pleasures are hidden and kept a secret, as part of the tradition and passed along through generations. Let us take you on a journey of Croatian, and specifically Dalmatian, food and wine. Visit the green market called Pazar, fish market, a local butcher, cheese and prosciutto producers, wine shops and chocolate producers with your private guide. Learn the stories and myths about the ancient recipes still being prepared in Split.

After the walking tour, enjoy the private and personal cooking class with your guide and chef in the cooking studio.

Dinner at the restaurant Apetit

In the old center of Split, within the walls of the Papalićeva palace from the 15th century, bistro-restaurant Apetite is situated. Simple Mediterranean interior exudes with aromas of local cuisine. Area of the restaurant is divided into three parts: the area around the large wooden bar and wine cellar, the area for food serving and the part where guests can sit and enjoy the intimacy.

4. Culture
It is worth visiting Split in winter period, because it offers much peaceful and intimate atmosphere then hot summer months, and yet there are plenty of things to see and to do. Split has a mild winter climate, so this is ideal period for exploring this part of Croatia.

The Split private tour will take you along the Old City to visit main sights: the old town of Split is built on and around the spectacular Roman Palace erected by the Roman Emperor Diocletian (born in Salona – today’s Solin) in the 4th century. The walking tour starts with a visit to the cellars of the Palace that are still very well preserved. The cellars offer a good view at how the life in the Palace was organized. The Cathedral St. Duje is a complex of a church, formed from an Imperial Roman mausoleum, with a bell tower; strictly the church is dedicated to the Virgin Mary, and the bell tower to Saint Duje. Together they form the Cathedral of St. Duje.

Followed by a visit to Mestrovic gallery.

The Ivan Mestrovic Palace was built in Split between 1931 and 1939. Mestrovic himself made the original plans based on his own design. Today, the holdings contain 192 sculptures, 583 drawings, 4 paintings, 291 architectonic plans (almost entirely made by Ivan Mestrovic and dating between 1898 and 1961). Apart from the museum holdings, the Gallery collects documentation relating to Ivan Mestrovic's life and work. Especially interesting items are the photographs of the artist's first works (taken at the beginning of

Continue to Salona, an ancient city located at the estuary of the river Jadro in present-day Solin. It became the capital of the Roman province of Dalmatia in 9 CE. Salona remained Roman for longer than most of the other cities in the western half of the Roman Empire.
The excursion continues to Trogir; a town-museum in the very meaning of the word. Learn about the manifold and complex heritage - from the Romanesque yard to the modern interiors. During the city sightseeing, guests can enjoy the centuries old town with its streets and buildings, and the Cathedral of St. Lawrence.

Excursion to Mostar, Bosnia and Herzegovina

In the true sense of the word it is the city where West meets East meets North meets South.

Experience sights such as the UNESCO protected old bridge of Mostar, Old Bazaar, the Turkish House and one of the many old Mosques. After the guided tour of the town free time for strolling around and browsing among the many old craft shops or maybe lunch in one of the picturesque local restaurants.

This tour will reveal the finest sites of the old walled City. The walking portion includes visits to the Dominican Monastery with its fine collection of medieval paintings and the Cathedral with its famous Treasury. Our guide will lead you through the narrow streets of the Old Town introducing you to the history and culture of this magnificent city. Other buildings will be viewed along the way.

Let yourself in the skilled hands of Wellness specialists and relax in variety of massages and beauty cares.

The spa offers Split guests a combination of specialised private treatments and impressive facilities like a 25-metre pool with jet stream, a relaxation zone with breathtaking views and the carefully designed thermal area that allows visitors to rejuvenate in a series of hot and cold saunas and pools.

Krka National Park and Sibenik excursion (duration up to 7hrs)

Split, Salona and Trogir sightseeing tour (duration up to 6hrs)

Excursion to Mostar, Bosnia and Herzegovina (duration up to 8hrs)

Supplement for dinner at restaurant Apetit in “EUR” net per person