Azerbaijan Republic – a state in the eastern part of the South Caucasus, on the border between Europe and Asia. In terms of its area and population it is the largest state of the region. Baku, the capital of Azerbaijan, is located in a place where the fire and water meet – on the southern shore of the Apsheron Peninsula. The first note of Baku appeared in the “Book of the Dead” by ancient Egyptians (3500 BCE) where Baku is referred as the city of the “sacred Bahau”.

Besides Azerbaijan is rich in its historical and cultural monuments. Historic sites contribute to the fact that number of people willing to travel to Azerbaijan is increasing every year. We are also leaving this invites you to the tour of Amazing Azerbaijan. This 8 day stour we will see the natural and historical attractions, you will see how people live today in the mountain cities and settlements ... This tour will leave in your hearts the memory of the good people of Azerbaijan and its culture.

8 Nights 9 Days Available on request Zərdab, Azerbaijan
Inclusions/Exclusions
What we'll give. What we won't

Visa support: Visa upon arrival in International Airports of Azerbaijan can be obtained only by Turkish, Israel, Qatar, Oman, Saudi Arabia, Bahrain, Kuwait, Japan, China, South Korea, Malaysia and Singapore citizens. Citizens of other countries have to obtain visa before arrival through consulates of Azerbaijan around the world.

Upon arrival (03:45 pm), meet our guide and transfer to your hotel. Check in at the hotel. Free day/evening in Baku. (The program starts on the second day). Overnight at the hotel.

Mount Yanardagh In the morning, drive to Absheron Peninsula. Visit to Fire Temple Ateshgah (literally Fire House) is located in 30 kilometers from the center of Baku, in the south-eastern outskirts of the Absheron Peninsula. Next to this small village in the Absheron peninsula Mount Yanardagh is situated. The word "Yanar" in Azeri language means "burning", and "Dagh" - "mountain". And this is real a burning mountain - not metaphorically, but literally. Once in Absheron it had been a lot of places where natural gas coming out from the earth to the surface igni- ted spontaneously, but with the start of mass ex- traction of oil and gas in Absheron these places started to disappear. At present, it is the only place of this unique natural phenomenon - the output of natural gas to the surface. Overnight at the hotel.

In the morning, drive to Gabala. On the way from Baku to Shamakhy there is Maraza village known for its unique monument - two-storied mausoleum-mosque of the 15th century called Diri-Baba, located across from the old cemetery. For a long time the local residents have kept the legend that there imperishable Saint Diri-Baba had been buried. However, many other legends and mystical details are connected with this landmark. Therefore, since the 17th century it attracts pilgrims and simply curious visitors. The originality of this structure is that the architect "built" the tomb into the rock. The impression is that the tomb is suspended in the air. Continue to Shamakhy and have a sightseeing of historical Juma Mosque. This oldest and largest mosque in Azerbaijan, Shamakhy Juma, according to the legend was built in the 8th century when Shamakhy was chosen as residence by an Arabian caliph. The initial Arabian inscription on the portal of the mosque said that the mosque had constructed in 744. Therefore Shamakhy Juma is considered as one of the earliest mosques of Transcaucasia. The composition of Shamakhy Juma has no analogues in Azerbaijan. Drive through Girdimanchay River’s canyon to visit Lahij, the 5th century place rich in its historic and  architectural values. Lahij is an ancient village with charming eye-catching sidewalks inlaid by stones. It is famous for medieval water supply and sewage systems as well as traditional workshops making jewelry, copperware, carpets, pottery, daggers, and iron tools. Drive to Gabala. Check in at the hotel. Overnight at the hotel.

After breakfast, explore Tufandagh Mountain Complex.Tufandag is located at the foot of the Caucasus mountains, on the bank of the river Demiraparanchay. You will enjoy the lap of nature with dazzling beauty of emerald green forests and spectacular snowcapped mountains. Complex. Visit to Cabelway. Then visit to Vandam village and explore Yeddi Gozel waterfall and forest, "Nohor" Lake and tea table around the lake and "Qabala Land" Amusement Park. After visit Gabala Archaeoligical Park in Chukur Gabala village. Explore ancient Gabala city in excavation. Visit archaeoligocal museum. Overnight at the hotel.

Free time. Overnight at the hotel.

In the morning, drive to Sheki, one of majestic in the past cities of the East and one of the most ancient cities of Transcaucasia. Visit the Yukhari Caravansarai. Explore the Narin Kala and Albanian Temple, which was built in 5th century. Admire a magnificent Palace of Sheki Khans, which was built in 18th century. Enjoy lunch in a local restourant. In Afternoon, visit to Kish, ancient village which located a short 15 minutes from Sheki city. Visit the Church, example of Caucasus Albanian architecture. According to historians, in the 1st century A.D. St. Elishe, a disciple of Thaddeus of Edessa, arrived to a place called Gis, where he built a church and recited a liturgy. The church became the spiritual center and the place of enlightenment of people of the East. Return to Gabala. Overnight at the hotel.

In the morning, drive to Baku. Check in at the hotel. 2 hrs free time. After visit to Park Bulvar, Metro Park, 28 Mall Center, Ganjlik Mall and Azure Shopping Centre. Overnight at the hotel.

Breakfast. Check out from the hotel. Free time. Depend on departure time transfer to the airport. 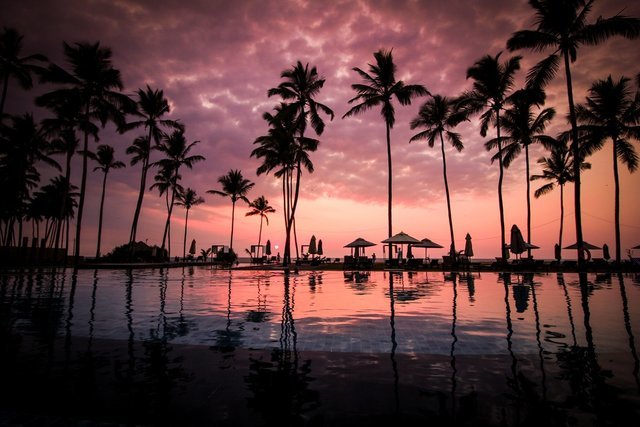